Africa Showcase is designed to boost your share of this travel, foster partnerships and educate the travel trade on ideas and opportunities for their clients. We know that business in Africa is built on loyalty, trust and relationships which come from face-to-face interactions.

Join us for meetings with Africa leading companies at the Sankara Hotel on 3rd April 2019 from 0830 hrs – 1200 hrs. Africa Showcase focuses on exclusively on products and experiences from Southern and Eastern Africa. This is an excellent opportunity to: 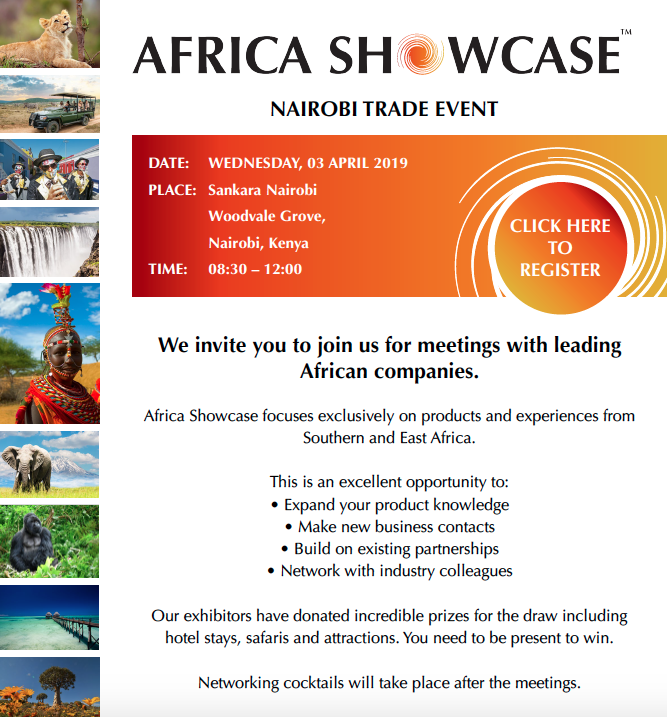 Radisson Hotel Group has hired a former Marriott executive as the new head for its Upperhill Hotel.

South African Rob Kucera has been appointed as new general manager for Radisson Blu Hotel Nairobi. He will oversee operations and all round performance of the 271-room multi-million shilling Upper Hill property.

“His dynamic leadership abilities and passion for the role will be instrumental in delivering a great product and outstanding service to guests.”

Mr Kucera, who is replacing Swedish manager Ian Rydin who has been running the hotel since 2017, will also be the District Director East Africa.

The role will give him an oversight role of existing properties and future openings in East Africa.

“We are rapidly growing our footprint across Africa and I look forward to driving the expansion plans within East Africa,” said Mr McIntyre.

The Radisson Hotel Group plans to open its third property, Radisson Blu Hotel and Apartments, later in the year under its East Africa expansion plans. The Group is also planningto break ground in Kampala and open a hotel already under construction in Juba as well as open three new brands in Kenya.

Press release; Kenya Airways and Alitalia, the flag carrier of Italy, have signed a codeshare agreement to offer enhanced connections to Europe through Rome, to 16 domestic Italian destinations and 11 international destinations.

Starting June 12, 2019, Kenya Airways will introduce flights to and from Geneva, Switzerland. These flights will be operated four times a week; twice a week will be flying via Rome, Italy.