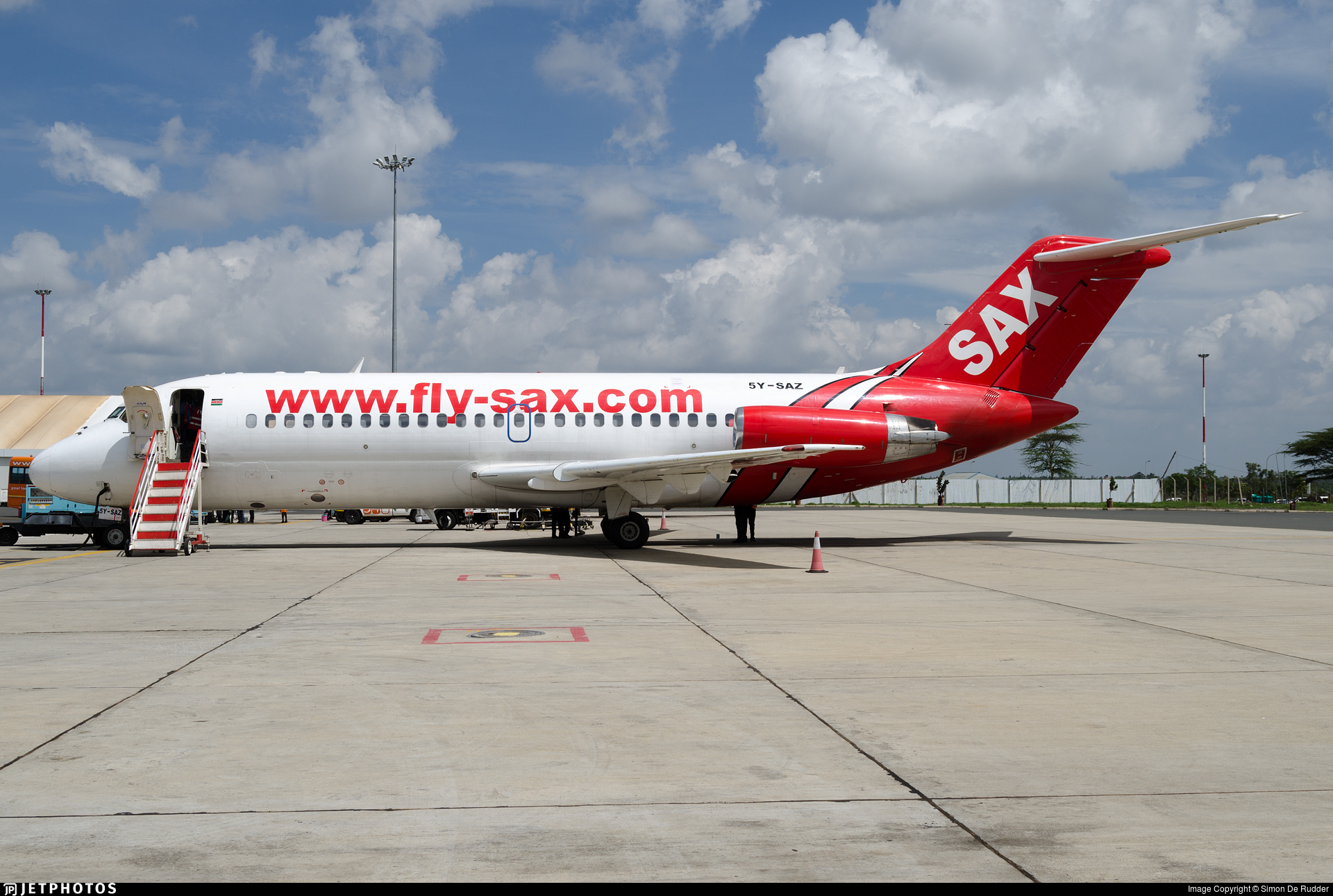 Workers and businessmen can now fly directly from Lokichoggio in Turkana to Nairobi after East African Safari Air Express relaunched operations on the route, easing the burden of travelling 215km to catch flights in Lodwar.

The airline, which has rebranded back to East African from Fly-SAX, said scheduled flights from Wilson Airport in Nairobi to the northwest Kenya town, which lies about 30 kilometres from South Sudan, will start next Friday.

The airline is making a comeback to Lokichoggio Airport after grounding the flights in 2014 to allow rehabilitation of the runway by Kenya Airports Authority (KAA), the operator of public airports and airstrips.

While the airline previously relied on humanitarian operations by the UN agencies and other organisations in the expansive Kakuma Refugee Camp and war-torn South Sudan, this time around it is targeting workers and businessmen with weekend flights.

“All those people who belong to the county and other organisations there (Lokichoggio) are struggling to travel to meet family members in Nairobi.

“When we used to fly there before, there was a lot of support from Kakuma because of NGOs and the link with the UN operations in South Sudan.”

East African will initially fly to Lokichoggio on Fridays and Sundays, Mr Kivindyo said after an inaugural flight on Wednesday.

Plans to scale up frequencies are pegged on demand and connecting flights to other routes such as Eldoret and Kitale.

“We are going to fly there daily if the mathematics are right and support (bookings) is there and returns are good. My team is also assessing traffic between Lokichoggio and other towns like Eldoret,” he said.

The carrier, he added, has ordered two 19-seater aircraft to add to its fleet of eight with sights on Garissa, Marsabit and Moyale.

“We have to take a calculated risk. You need a small aircraft to start a route and all I need is to have half of that occupied,” Mr Kivindyo said. “We want to cover the whole of Kenya.”

A Uganda gorilla safari leads you to Bwindi Forest National Park in Southwest of the country, a home to more than half of the global population of the endangered mountain gorillas.

Tracking mountain gorillas is the main tourist activity in Bwindi Impenetrable National Park (BIMP). Gorilla tracking was first established in the park in 1993 at park headquarters at Buhoma, however, today there are several trailheads which host separate gorilla safaris in the park. These include Ruhija, Nkuringo and Rushaga.

Today there are 15 habituated gorilla families that can be tracked in Bwindi, an experience described by many past trackers as the best wildlife encounter in the world. Gorilla safaris are one of the major wildlife highlights of African travel.

No one can fully describe the exhilaration attached to the experience of first setting eyes straight into those of a mountain gorilla. Gorillas are awesome, bulky up to three times of the average man though the shaggily luxuriant coat also adds to their size. Surprisingly gorillas are remarkably peaceful despite their fearsome look.

In fact, tracking mountain gorillas would be considered such a dangerous activity had they possessed the aggressive temperament of the little vervet monkey, baboon or even a human being.

The hard bought gorilla permit ($600 each) allows you to spend one magical hour with the gorillas that can never be erased from your memory. There are two categories of gorilla permits sold at Bwindi. One is the gorilla tracking permit sold at $600 per person that allows you to track gorillas for one hour. The second category is of gorilla habituation permit that is a bit pricy at $1,500 but more rewarding than the former. With the habituation permit, you are taken to take part in the habituation process of a gorillas, a process that is aimed at making gorillas used to people and it lasts for four hours each day.
Note that the above fees include park entry and guiding but not a porter in case you use one.

Planning your gorilla tracking safari as an independent traveler can be a bit challenging, you don’t need to go through all that hustle. There are several credible tour operators that can help organize for you a memorable gorilla safari this trip for you so that just wait to enjoy your experience without any worries. The operator will help you to make all the necessary arrangements including buying your gorilla tracking permit, booking for your accommodation with meals and arranging your transport.

One major advantage of planning your gorilla tracking trip with a local agent is that gorilla permits are always scarce on the market and they need to be booked in advance. Therefore, the agent will do everything possible to ensure that such permits are obtained once they receive your order.
Unlike in the past when tracking gorillas was limited to only one sector in Bwindi, the introduction of three more tracking sectors in Ruhija, Nkuringo and Rushaga has made securing a permit a bit easier.

In addition to Bwindi, Mgahinga Gorilla National Park at the border with Rwanda is Uganda’s other gorilla safari destination. Mgahinga is known to have one gorilla family, “Nyakagezi” and a lot of golden monkeys. Permits to Mgahinga can be bought from the Uganda Wildlife Authority (UWA) office at Kisoro.

Bwindi Impenetrable National Park is also a unique birding destination with over 23 Albertine Rift Endemics found in her thick forests. Other primates in the park include the black-and-white colobus and L’Hoest monkeys that can be seen during a forest walk. A cultural tour around the park leads you to the Batwa Pygmies who were evicted from the forest after gazetting the area for tourism. The group has amazing cultural activities including their traditional folk songs to crown your gorilla safari experience in style.

TANZANIA Tourist Board (TTB) strategies have continued to bear fruits after a South African luxurious train with 69 passengers on board arrived in Dar es Salaam yesterday.

Rovo, which is the second most luxurious train in the world, stationed at the Dar es Salaam’s Tanzania Zambia Railways (TAZARA) at 10:00 hrs boarded with tourists from different countries.

“Before they arrived at the station, the tourists witnessed various tourist attractions on the way, including Selous Game Reserve, and from here they will visit famous attractions in Tanzania mainland and Zanzibar,” he explained.

Mr Tengeneza said the arrival of the tourists via railway line is an indication and clear evidence that Tanzania is one of the leading tourist destinations in the region.

Due to the increase of tourists wishing to visit the country, Rovo Rail Tours has decided to double its trips to Tanzania from three to five each year.

Shortly after they arrived, one of the tourists, Mr Jimmy Walaenholc expressed his excitement to visit Ngorongoro and Serengeti. “The aim of my visit is to see this fantastic country and Africa at large.

I have been to Tanzania many times before, and I can’t wait to visit Ngorongoro and Serengeti,” he said.

The group that includes tourists from Sweden, Norway and Denmark, according to Mr Walaenholc, took 14 days from South Africa to Dar es Salaam, and applauded Tanzania’s hospitality and kindness.